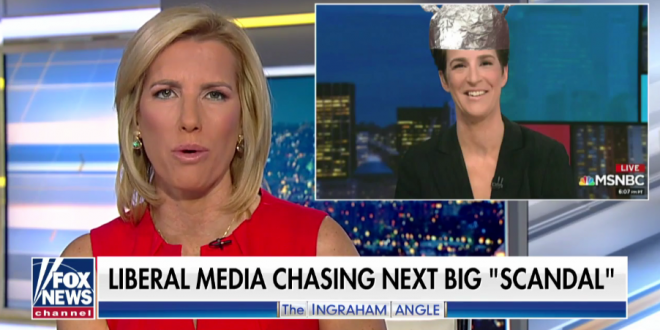 Fox News’ Laura Ingraham last night mocked the media’s post-Mueller-investigation coverage, especially Rachel Maddow’s. “You’d feel sorry for these folks if they hadn’t done such damage to the presidency and the country,” she concluded. “But they were exposed as frauds in their coverage of the collusion question and now they’re essentially wishcasting conclusions in the Mueller report.” She mocked the idea that Barr “twisted the conclusions to favor Trump” and that Mueller wouldn’t speak up about it.