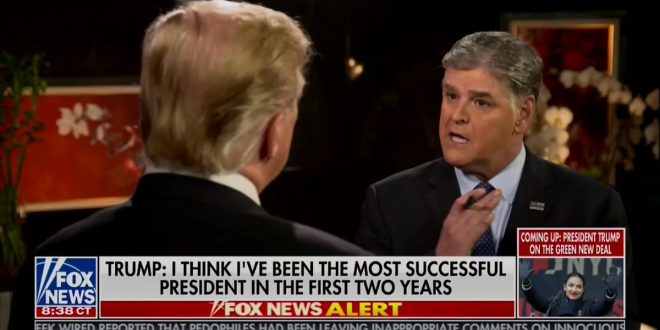 Hannity To Trump: Cohen Told Me A Dozen Times He Made Hush Money Decision And Didn’t Tell You [VIDEO]

In an interview with Trump broadcast Thursday night, Fox News host Sean Hannity told Trump that Cohen and his lawyer had lied about Hannity being one of Cohen’s three legal clients.

“I can tell you personally, said to me at least a dozen times that he made the decision on the payments and he didn’t tell you,” Hannity told Trump, who agreed.

Sean Hannity is now volunteering himself as a witness. I look forward to his testimony. https://t.co/eOjhlkg4mU