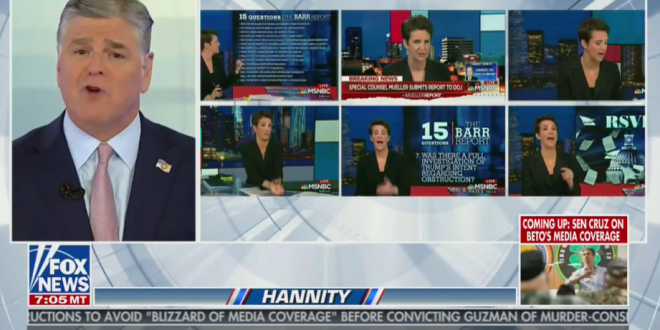 “Night after night, never-ending lies, one bizarre conspiracy theory after another. And she has been rewarded for being the number one liar, conspiracy theorist in America. Nobody ever has challenged her or vetted her or questioned her as to to the depths and lengths she has sunk to in this process. My question to viewers: how does it feel to be lied to day after day, hour after hour? Have you had enough?

“Do you really see what has gone on here? Have they backed up anything with evidence and proof, or has it just been speculation and rumors and innuendo and anonymous sources and reckless, nonstop speculation? This program, by the way, we welcome you with open arms.” – Sean Hannity, in his second straight night of attacks on Rachel Maddow.