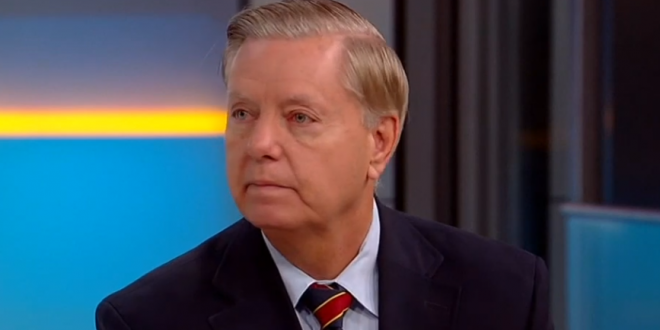 Graham: I Told McCain To Give Dossier To The FBI

GOP Sen. Lindsey Graham said Monday that he told the late Sen. John McCain to turn over the dossier of Trump-Russia allegations to the FBI, pushing back against President Donald Trump’s assertions that the Arizona Republican helped fan the flames of the Russia investigation.

Graham told CNN after a news conference that he told Trump in Florida this weekend that “Sen. McCain deserves better” than the way the President has been publicly disparaging the late senator and war hero in the last week. And Graham publicly acknowledged he had advanced knowledge of the dossier, the existence of which has enraged the President.

“I told the President it was not John McCain. I know because John McCain showed me the dossier. And I told him the only thing I knew to do with it, it could be a bunch of garbage, it could be true, who knows? Turn it over to somebody who’s job it is to find these things out and John McCain acted appropriately.”

Lindsey Graham said that John McCain showed him the Steele dossier and that he told McCain to turn it over to the FBI. McCain turned it over the next day. This pushes back against Trump’s assertions that McCain helped fan the flames of the Russia probe. https://t.co/W6vaZvkNxy