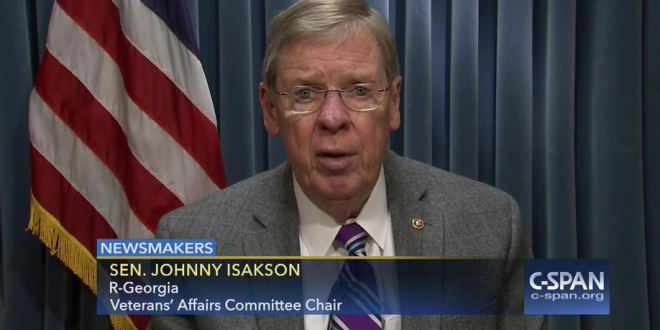 Sen. Johnny Isakson (R-Ga.) promised when McCain died that he would deliver a “whipping” to anybody — including Trump — who impugned McCain’s good name moving forward. And now he’s made good on that promise. “It’s deplorable what he said,” Isakson told George Public Broadcasting in an interview Wednesday afternoon. Before the appearance, he previewed his comments in an interview with the Bulwark’s A.B. Stoddard.

“I just want to lay it on the line, that the country deserves better, the McCain family deserves better, I don’t care if he’s president of United States, owns all the real estate in New York, or is building the greatest immigration system in the world. Nothing is more important than the integrity of the country and those who fought and risked their lives for all of us,” Isakson said.

Isakson says it’s not worth discussing the president’s “stability”