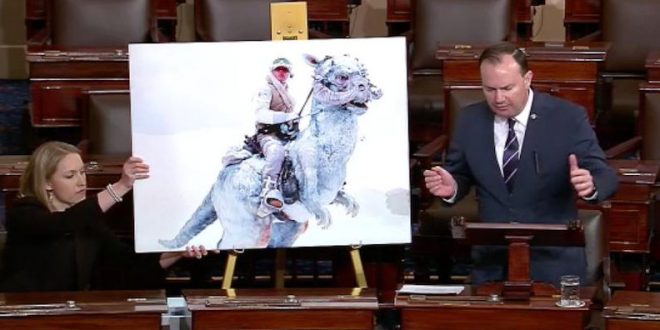 During a Senate debate over the Green New Deal, Sen. Mike Lee of Utah used his time on the Senate floor Tuesday to combat the legislation by way of the most inane bout of pandering possibly ever recorded.

Lee said he is not afraid of the Green New Deal because he doesn’t believe it will pass. He then unveiled an image of President Ronald Reagan riding a velociraptor holding an American flag, and it all went downhill from there.

After noting the Green New Deal’s call to decrease airplane usage, Lee used his time to suggest tauntauns — the space lizards from Empire Strikes Back — as a replacement for those in Alaska.

As you can see, the ridiculous props didn’t end there.

RELATED: Lee, should you have forgotten, is the lead sponsor of the so-called First Amendment Defense Act, which would legalize anti-LGBT discrimination nationwide. 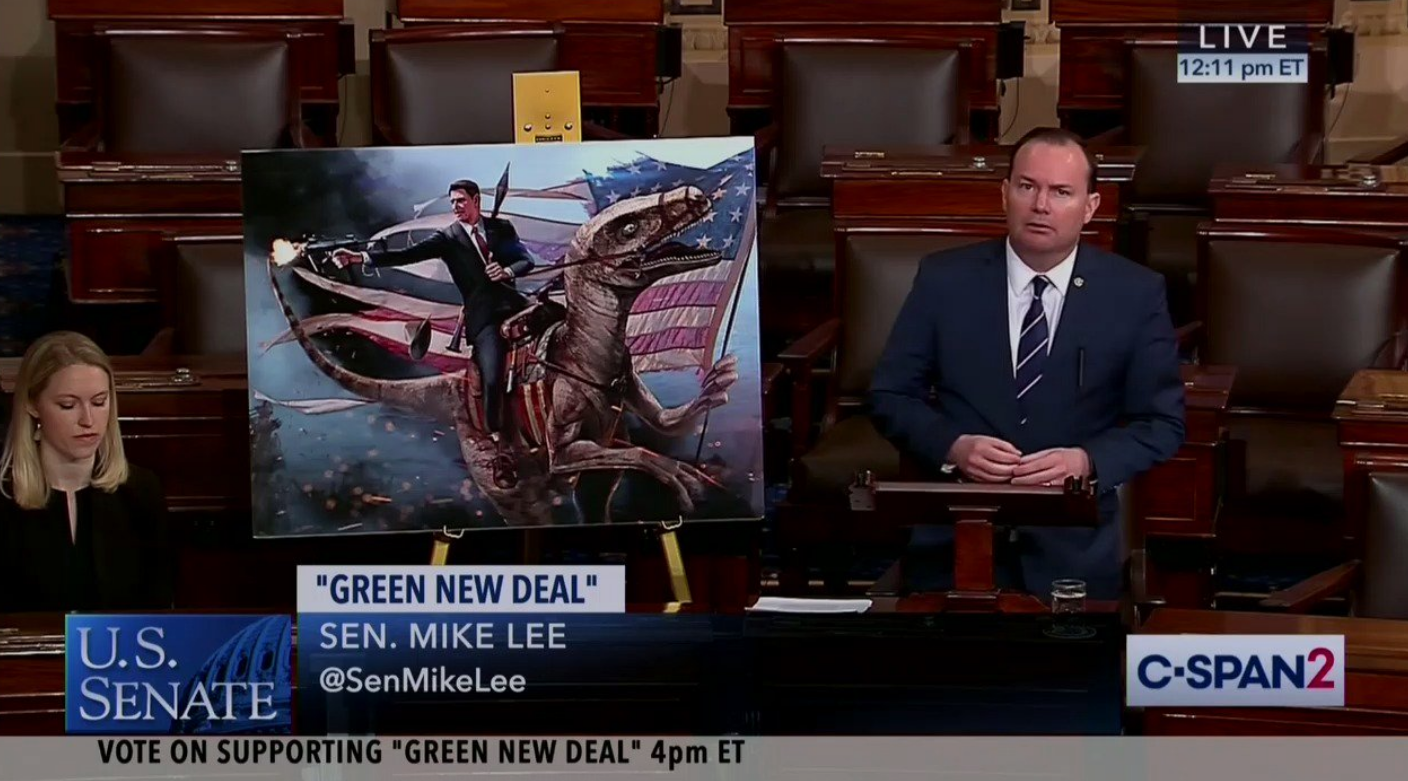 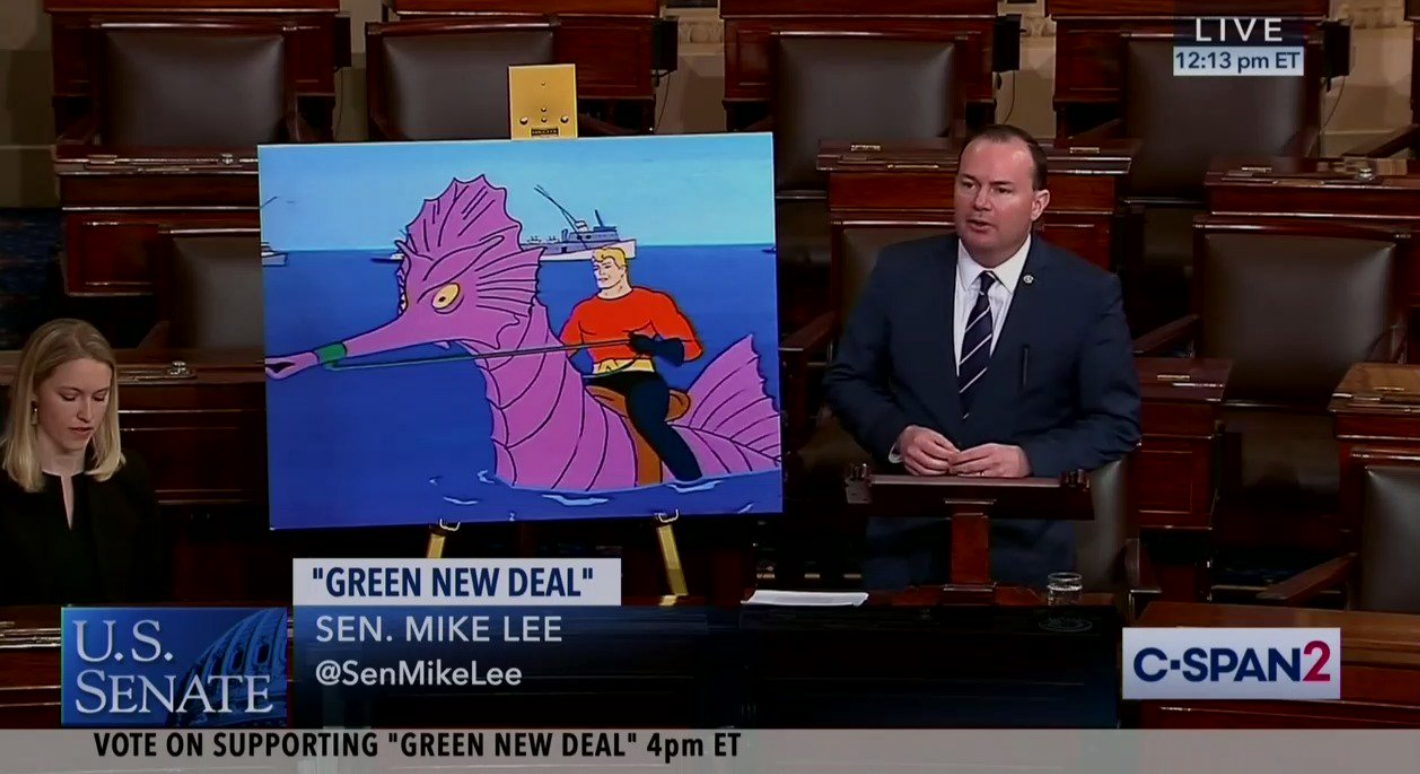