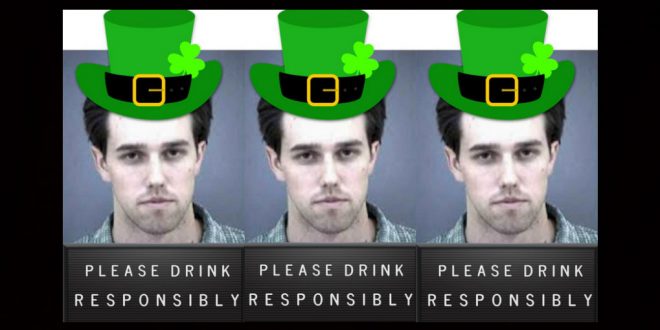 The Republican Party took aim at former Rep. Beto O’Rourke on Sunday by resurfacing the 2020 presidential candidate’s drinking record. The tweet included a doctored version of O’Rourke’s decades-old mugshot showing him wearing a cartoon leprechaun hat with the words “Please Drink Responsibly” on the placard. O’Rourke has been open about his DWI arrest more than 20 years ago. The charge was dismissed after O’Rourke completed a diversion program.

“Irishman” is quite a loaded term for a political party to use alongside an arrest photo on St. Pat’s wknd. At Notre Dame and elsewhere, I know scholars who closely track the way Catholics and Irish Americans have been portrayed — and are still portrayed in America. https://t.co/M9aGI5uS5N