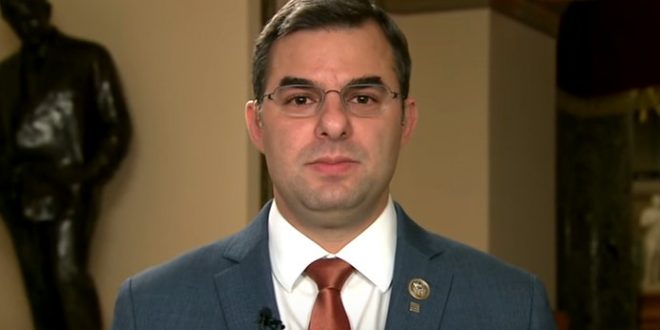 Rep. Justin Amash (R-Mich.) said Sunday that he’s not ruling out seeking the Libertarian nomination for the presidency in 2020. Amash said during an interview on CNN’s “State of the Union” that he believes the United States needs a president who is “presenting a vision for America that is different from what these two parties are presenting.”

Amash is a frequent critic of Trump and has sometimes bucked the president. He was one of 13 House Republicans who voted last month in support of a measure to block Trump’s declaration of a national emergency at the U.S.-Mexico border. Amash has said he believes the declaration is unconstitutional.

GOP Rep. @justinamash doesn’t rule out a run for the White House as the Libertarian nominee in 2020: “I think that it is important that we have someone in there that is presenting a vision for America that is different from what these two parties are presenting.” #CNNSOTU pic.twitter.com/RZudEwHwwn

Previous Ivanka Trump: Being Me Is The World’s Hardest Job
Next Trump: “I’m An Innocent Man Being Persecuted”