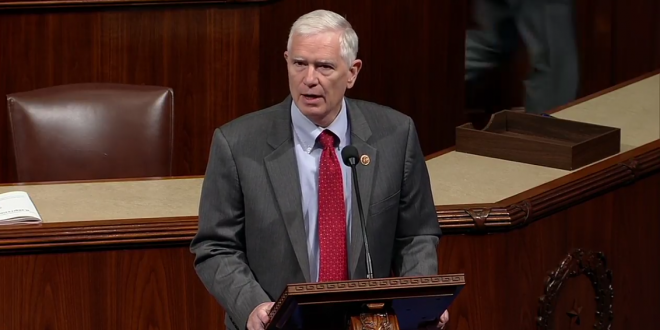 In a speech Monday on the floor of the U.S. House of Representatives, Congressman Mo Brooks quoted Adolf Hitler to describe the attacks President Trump faced from “socialist Democrats and their fake news media allies” during the Mueller investigation.

“For more than two years, Socialist Democrats and their fake news media allies — CNN, MSNBC, the New York Times, Washington Post, and countless others — have perpetrated the biggest political lie, con, scam and fraud in American history,” Brooks, R-Huntsville, said in the speech.

And Brooks said he expected more “big lies” from Trump opponents despite the special counsel investigation clearing him of collusion. The report left open the question of obstruction of justice by Trump, saying it did not find he committed a crime but did not exonerate him. But more “big lies,” Brooks said, would be consistent in following Hitler’s philosophy.

“The Big Lie” was a talking point in Mein Kampf.