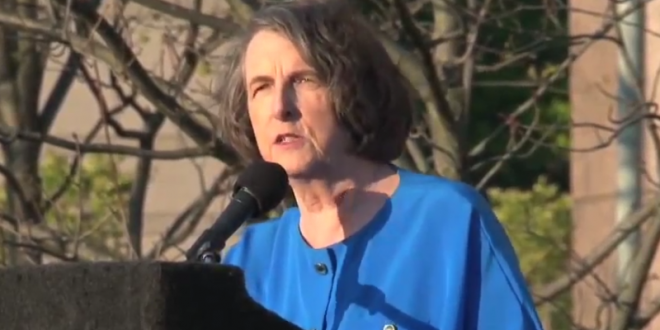 Republican congressional candidate Fern Shubert has a unique theory about the root cause of crime. In a statement on her campaign website during her unsuccessful 2004 bid for North Carolina governor, she explained that she opposed same-sex marriage because “[t]he government’s attack on traditional families is already reflected in rising crime rates. Anyone who cares about the future should seek to structure a society that provides the best environment for raising children, and that is the traditional two parent family.” The former GOP whip of the North Carolina state Senate filed on Monday to run for Congress in North Carolina’s 9th congressional district.

At the link you’ll see that Shubert also said that pedophilia is the “hidden agenda” of the LGBT rights movement. Oh, and Hitler totally loved gun control. The primary for the special election is May 14th.