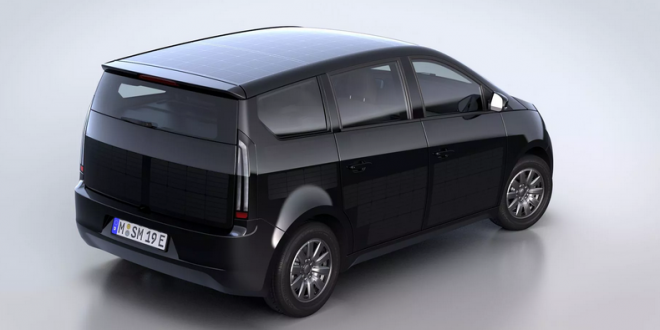 Sono Motors revealed series design of the Sion, electric car that probably will be the first series-produced EV with full-surface solar integration.

The solar cells can generate enough electricity per day to cover an additional 34 km (21 miles), but that’s a best-case scenario in the summer months in Munich.

The average result will be over 20 km (12 miles), while a cloudy sky lowers the outcome to 3-11 km per day. In some sunny countries, the energy production has a chance to exceed average daily commuting needs.

Adding solar to electric vehicles has so far been mostly superficial and was mainly used to power some auxiliary systems, like on the Fisker Karma and the Toyota Prius, but Sono claims that it adds up to 34 km per day.

Based on previous releases, Sono presented the Sion as a fairly small urban car and a big part of the appeal, along with the solar aspect, was the price. Now, the company is unveiling a new production series design for the Sion, which is becoming larger and more elongated.

.@SonoMotors‘ Sion will use #solar modules incorporated into its bodywork to generate up to 34km of additional range a day #sustainability #EV https://t.co/H1z0XHJZiB