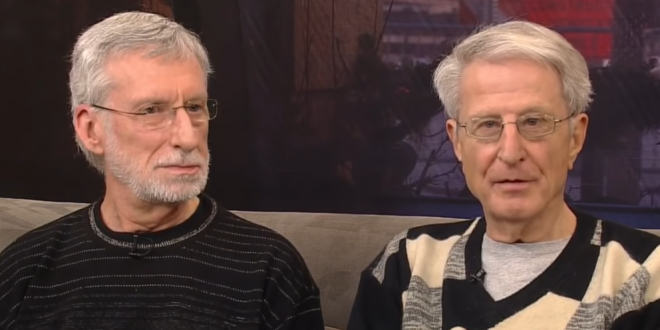 In 1971, gay couple Michael McConnell and Jack Baker applied for a marriage license from Blue Earth County, Minnesota. The clerk, not realizing one of the individuals listed on the application was male, issued the license — though stopped short of officially recording it.

Nearly five decades later — after a prolonged legal battle to get their union legally recognized — their wish was granted.

The couple received a letter from the Social Security Administration on Feb. 16 officially validating their ’71 marriage. The McConnells (Jack took Michael’s last name) are now thought to be the longest-married, same-sex couple in the U.S. — and perhaps world.

Hit the link for much more about their 48-year saga.

VIDEO: From the US National Archives.

On September 3, 1971, Michael McConnell and Jack Baker exchanged vows in the first legal same-sex wedding in the United States. Repercussions were immediate: Michael’s job offer at the University of Minnesota was rescinded, leading him to wage a battle against job discrimination with the help of the Minnesota Civil Liberties Union.

The couple eventually reached the U.S. Supreme Court with two precedent-setting cases. Their remarkable story is told here for the first time—a unique account of the passion and energy of the gay liberation movement in the sixties and seventies.