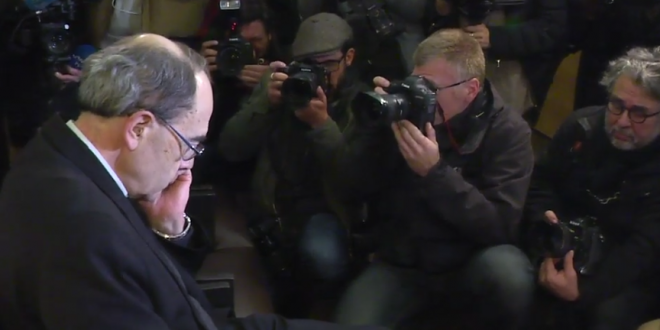 The archbishop of Lyon, the most senior French Catholic cleric caught up in the paedophilia scandals that have rocked the church, was convicted of helping covering up abuse and handed a six-month suspended jail term on Thursday. Cardinal Philippe Barbarin was found guilty of failing to report the abuse of a minor between 2014 and 2015. His lawyers announced immediately that he would appeal the judgement. “The reasoning of the court is not convincing,” lawyer Jean-Felix Luciani told reporters. “We will contest this decision by all the means possible.”

French Cardinal Philippe Barbarin is offering his resignation to the pope after being convicted of failing to report a pedophile priest. In a brief statement to the media in Lyon, France, Barbarin said “I have decided to go and see the Holy Father to offer him my resignation.” He said he will meet Pope Francis “in a few days.” Barbarin spoke of his “compassion” for the alleged victims and said they were in his prayers.