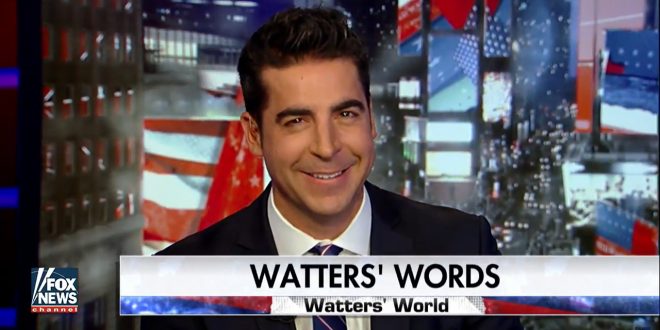 Fox News host Jesse Watters has finalized a divorce with his ex-wife after an affair with a 26-year-old staffer at the Trump-friendly network, which in recent years has been rocked by high-profile departures of talent in the wake of multiple employee harassment lawsuits.

The Daily News exclusively reported last year that Jesse Watters had started dating Emma DiGiovine, an associate producer on his show “Watters World,” while still married to Noelle. He notified the network of the affair after Noelle, 42, filed for divorce in October.

On Tuesday Trump tweeted a clip of Watters bashing the media on “The Five.” “He has every right to say that Fake News is the enemy of the American people,” Watters said. “Could not have said it any better myself!” Trump tweeted.

Thank you @JesseBWatters, could not have said it any better myself! pic.twitter.com/HirL10zwZl