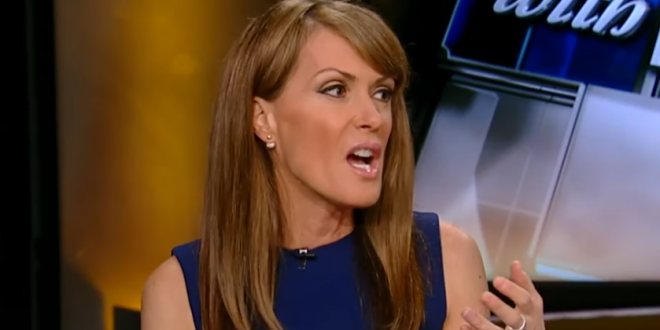 “One thing to watch when you see poll after poll on these Democratic candidates, are the Democratic primary voters saying they’re going to vote for a candidate based on their principles, and their ideas, and their policy issues, or are they simply going to vote for the candidate they think has the best chance of beating President Trump? Because a Joe Biden and even a Beto O’Rourke might have a lot of strength based on the idea of who can beat the president when it comes to a general election.

“Senator Elizabeth Warren is betting that people are going to vote for, well, essentially a communist based on she’s rolling out one policy idea after another. That right now doesn’t seem to be the winning combination based on what Democratic primary voters are saying. They just want somebody who can win.” – Fox Business anchor Dagen McDowell.

McDowell last appeared on JMG when she screamed “you take that back!” after former Mexican president Vicente Fox compared Trump to Fidel Castro.