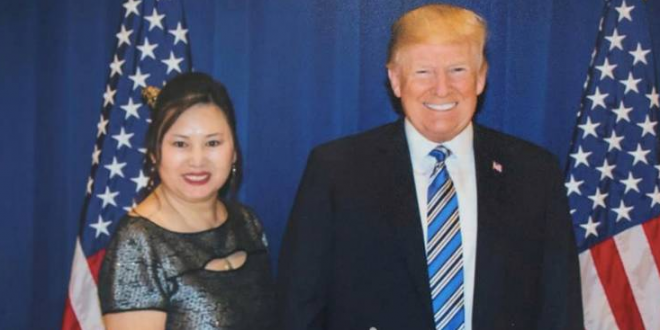 The former operator of a Florida spa named in a prostitution investigation is speaking out for the first time to rebut reports that she sold access to President Donald Trump. In an interview with NBC News, Li “Cindy” Yang said she believes she’s facing allegations of being a Chinese agent solely because of her ethnicity and political leanings. “I’m Chinese. I’m Republican,” Yang said. “That’s the reason the Democrats want to check me.”

Yang spoke out two days after top Democrats released a letter calling on the FBI to launch counterintelligence and criminal investigations into the Florida-based businesswoman whose ties to Trump emerged earlier this month. The Democrats requested the FBI investigation after her company, GY Investments, was described in media reports as offering wealthy Chinese clients the opportunity to get close to the president for a price.

Former spa owner Cindy Yang denies she was selling access to Trump, speaks out telling me “Trump will ‘make America great again’ more from our interview coming up on @ABCWorldNews https://t.co/3Ir9n5hLuf

Cindy Yang’s massage parlor employees made campaign contributions so she could get a signed Trump photo. And she might have reimbursed them – which is illegal. Just one way that Yang was able to gain access to Trump. https://t.co/6eaMsxioTl