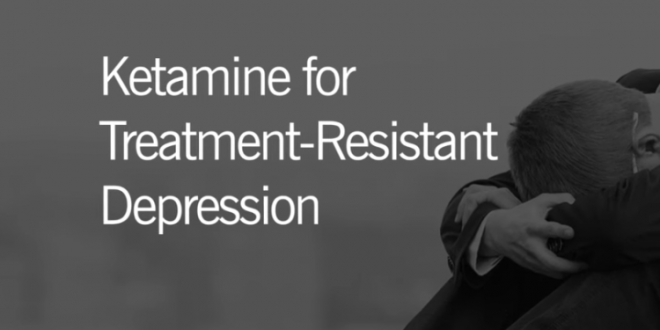 The Food and Drug Administration approved a controversial drug for depression that could be the first of a long-awaited wave of new treatments, but that has also raised concerns about abuse. The drug, a nasal spray that manufacturer Johnson & Johnson JNJ 0.21% has branded Spravato, is a close chemical relation to ketamine.

Ketamine is an anesthetic that is known for its heady effects on the brain and is often abused as a party drug with the nickname “Special K.” Studies have shown that ketamine can relieve symptoms of depression within hours, rather than the weeks it takes for traditional antidepressants to start having an effect.

From the official FDA release:

“There has been a long-standing need for additional effective treatments for treatment-resistant depression, a serious and life-threatening condition,” said Tiffany Farchione, M.D., acting director of the Division of Psychiatry Products in the FDA’s Center for Drug Evaluation and Research.

“Controlled clinical trials that studied the safety and efficacy of this drug, along with careful review through the FDA’s drug approval process including a robust discussion with our external advisory committees, were important to our decision to approve this treatment. Because of safey concerns, the drug will only be available through a restricted distribution system and it must be administered in a certified medical office where the health care provider can monitor the patient.”