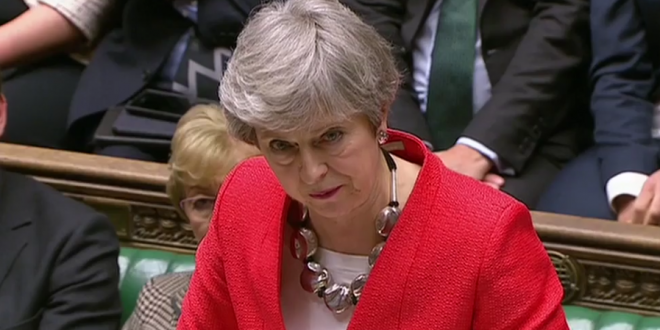 The EU is preparing to offer the UK a two-month delay to Brexit if MPs approve Prime Minister Theresa May’s deal next week, according to a draft European Council document that was leaked to the media on Thursday.

The document said “no extension is possible” beyond May 22, 2019, as the British prime minister previously stated it did not intend to participate in the European Parliament election in May.

If May’s deal is not approved in the House of Commons next week, the UK would agree to an extension until April 12, the draft document said. In that event, the UK could face a disorderly Brexit or could ask for a longer extension if it agreed to hold European Parliament elections on its soil on May 23-26.

Advocates of a second referendum have withheld support until now for a softer version of Brexit but they could be faced with a choice between Mrs May’s deal and something like Labour’s formula of a customs union and close alignment with the single market.

The EU leaders have deftly wiped their fingerprints from the threat of a no-deal Brexit but they have left Mrs May and British MPs with a series of unpalatable and potentially perilous choices.

And as the British prime minister sat in a delegation room while 27 other EU leaders determined her options for Brexit, her country’s national humiliation was laid bare as never before.

Theresa May “will not countenance” revoking Article 50 despite a public petition calling for the Brexit deadline to be cancelled adding almost 2m signatures in a couple of days.

When asked for the prime minister’s view on the petition, a No 10 spokeswoman said May worried that failing to deliver Brexit would cause “potentially irreparable damage to public trust.”

More than 2 million people had signed the plea for article 50 to be revoked by 11pm on Thursday. The list of names grew so rapidly that the parliamentary petition website crashed several times.

– 22 May, if MPs approve UK PM’s withdrawal deal next week, or
– 12 April, if the deal failshttps://t.co/OEVXvmfrcp pic.twitter.com/eB1mu6nbIm

Previous Pirro’s Suspension By Fox To Continue This Weekend
Next CHATTER AWAY: Overnight Open Thread