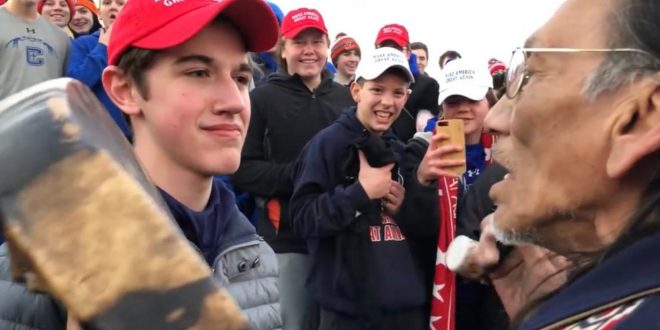 A Kentucky teenager sued CNN on Wednesday for defamation, saying the cable network falsely conveyed to viewers that he was the “face of an unruly hate mob” confronting a Native American activist at the Lincoln Memorial in Washington in January.

The lawsuit, filed on behalf of Covington Catholic High School student Nicholas Sandmann in federal court in Kentucky, seeks $275 million in compensatory and punitive damages over the videotaped incident in the nation’s capital.

The complaint said CNN exhibited a bias against President Donald Trump by focusing on Sandmann and other Covington students because they were wearing red caps emblazoned with the president’s “Make America Great Again” slogan.