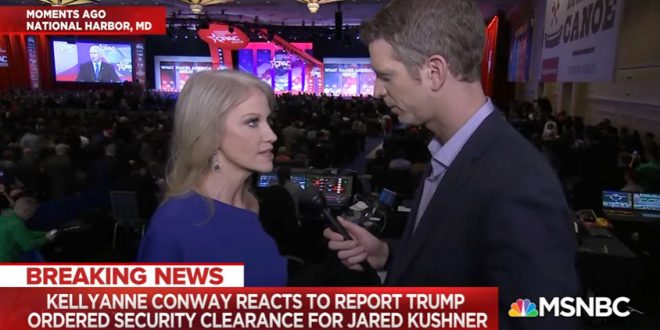 Kellyanne Conway claimed Friday that President Donald Trump has the “absolute right” to order that security clearances be approved, following a report that the president did so for son-in-law Jared Kushner despite other officials’ misgivings.

“We don’t discuss security clearances. I won’t discuss my own,” she said during an interview on Fox News. “I will tell you the president has the absolute right to do what was described.”

The Times reported that Kelly, White House counsel Don McGahn and U.S. intelligence officials all objected to giving Kushner a top-secret clearance, but the full scope of their concerns is unknown.

The Washington Post today listed six times that Trump denied ordering the clearance despite having done so.