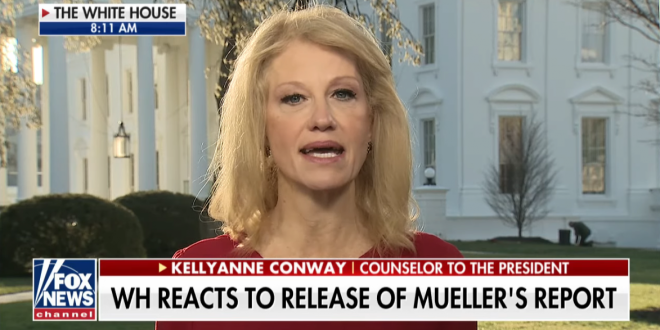 On the show frequently watched by President Donald Trump, Conway called for Democratic California Representative Adam Schiff – chairman of the House Intelligence Committee – to step down.

“Adam Schiff should resign,” Conway said. “He has no right, as somebody who has been peddling a lie day after day after day, unchallenged. Unchallenged and not under oath. Somebody should have put him under oath and said, ‘You have evidence? Where is it?'”

Watch the clip and you’ll see the state TV hosts quivering in agreement, with one exclaiming, “And yet Hillary Clinton got of scot-free!”