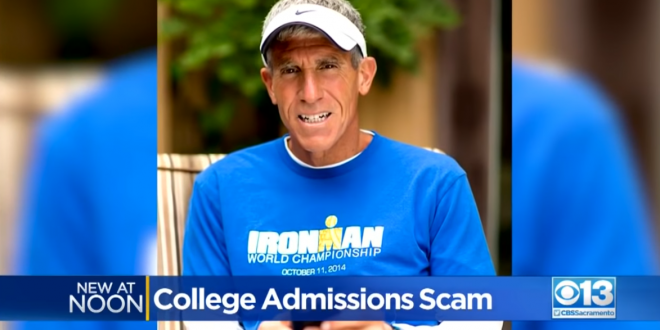 The ringleader behind a $25 million college admission scam that implicated dozens of people, including Hollywood actresses Lori Loughlin and Felicity Huffman, said he has worked with more than 750 families.

William Rick Singer, who pleaded guilty Tuesday in a Boston federal court to racketeering, money laundering, conspiracy and obstruction of justice charges, said in a phone conversation recorded by the FBI that he helps “the wealthiest families in the U.S. get their kids into school.”

Singer said he facilitated 761 “side doors” to admission. “They want guarantees, they want this thing done. They don’t want to me messing around with this thing,” he said, according to court documents unsealed Tuesday. “And so they want in at certain schools.”

Felicity Huffman has been released from federal custody while Lori Loughlin is expected to face charges Wednesday in a sweeping college admissions corruption scandal. The two actresses were among dozens swept up in what prosecutors called the largest college admissions fraud scheme they’ve ever seen.

On Tuesday afternoon, Huffman made a brief court appearance in Los Angeles. She answered “yes” to several questions from the federal magistrate, including whether she understood the charges against her. Her husband, actor William H. Macy, sat in court as the magistrate ordered her free on $250,000 bail.

Previous Trump Blows Up Over Twitter’s #FakeMelania Memes
Next BREAKING: Manafort Gets 73 Months In Second Case