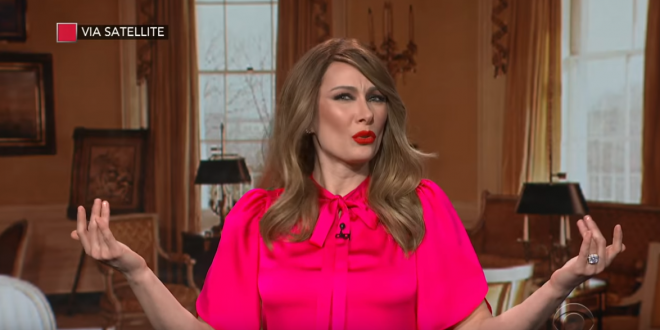 Frequent Melania Trump impersonator Laura Benanti dropped in on Friday night to chat with Late Show host Stephen Colbert about the rumors that the First Lady uses a “body double” when photographed with Trump.

“This is nothing more than a wild conspiracy theory. Fortunately, the Late Show has a source that could put an end to this all,” Colbert said as he introduced Benanti to quickly dispute the rumors.

“It makes no sense. How can there be two Melania Trumps? Think about it! Doesn’t it seem crazy that there is even one?” she joked.

As you’ll see, a second Fake Melania that you should know quite well appears halfway into the bit. The shtick about Tony Awards kills.