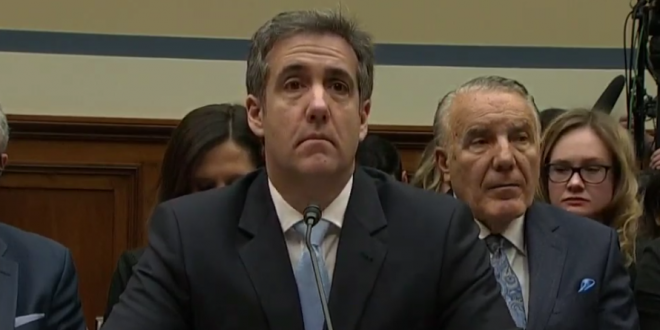 From a lawsuit just filed by Michael Cohen:

“The Trump Organization agreed to indemnify Mr. Cohen and to pay attorneys’ fees and costs incurred by Mr. Cohen in connection with various matters arising from Mr. Cohen’s work with and on behalf of the Organization and its principals, directors, and officers. These matters include multiple congressional hearings, Special Counsel Robert Mueller III’s investigation, and others.”

This should be fun. Full filing at the link.

Michael Cohen, President Trump’s former lawyer and self-described fixer, sued the Trump Organization on Thursday, saying the company stopped paying his legal fees in June 2018 and breached a contract to repay him for litigation expenses. https://t.co/BAdxCqQ9Kt via @bpolitics