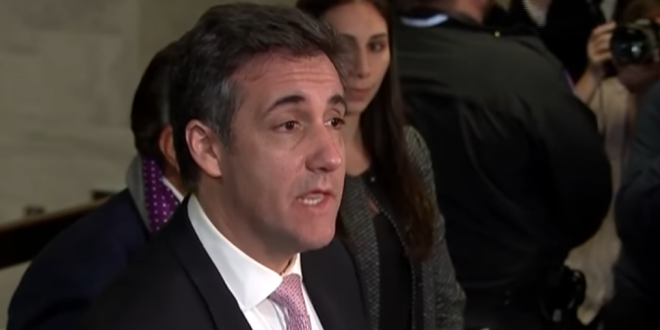 President Donald Trump’s former lawyer is returning to Capitol Hill for a fourth day of testimony as Democrats pursue a flurry of investigations into Trump’s White House, businesses and presidential campaign.

Michael Cohen became a key figure in those investigations after turning on his former boss and cooperating with special counsel Robert Mueller’s probe. He was interviewed behind closed doors by both the Senate and House intelligence committees last week and is due for another private, daylong meeting with the House intelligence panel on Wednesday.

His final day of Capitol Hill testimony, notably, comes in an even more heated environment than last week, after House Judiciary Chairman Jerry Nadler announced Monday the start of a sweeping investigation into the President.

And the House Intelligence Committee has signaled interest in Weisselberg, while the panel’s chairman Adam Schiff said the committee would hold a public hearing next week with Felix Sater, the Russian-born Trump business associate who worked with Cohen on the Trump Tower Moscow project.

Michael Cohen arrives for his fourth day of testimony on the Hill; he declines to answer questions on the way in but says he will make a statement on the way out

Previous WINNING: US Trade Deficit Soars To Ten-Year High
Next Randy Rainbow: He’s In Love (And We’re All Gonna Die)