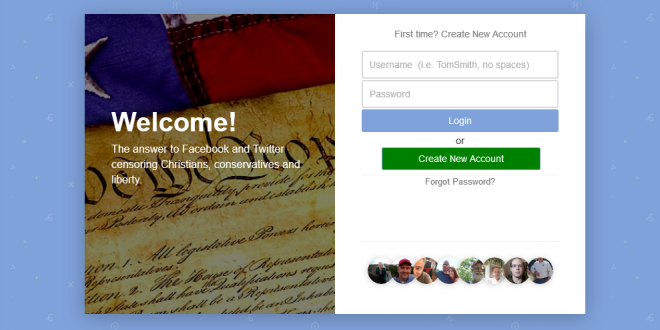 Via the far-right World Net Daily:

Describing itself as the “answer to Facebook and Twitter censoring Christians, conservatives and liberty,” a new social-media platform called USA.Life has officially launched. Founder and CEO Steven Andrew said he decided to use his Silicon Valley tech leadership experience to launch the project after he saw Facebook block millions of people from getting his posts.

Andrew believes Facebook lied to Congress about being “a platform for all ideas,” since they restrict President Trump supporters, Christians and conservatives. “Facebook blocks 99 percent of my reach, which means 5 million people are missing per month from my account alone,” he said.