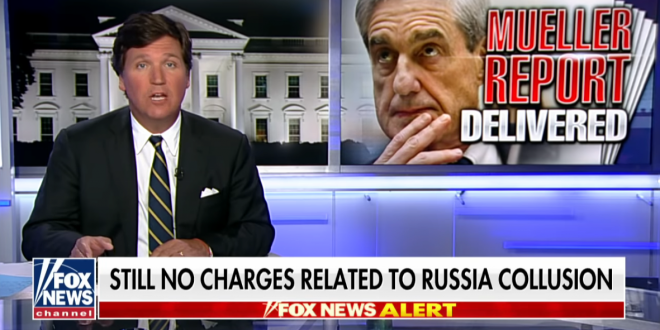 “Roger Stone is facing life in prison. He was indicted by an investigation designed to find collusion, indicted on minor charges. He was dragged from his own home in a morning FBI raid.They put an amphibious vehicle outside his house and pointed an automatic weapon in his face, all to find collusion. But there was no collusion. Stone is still looking at life in prison. Where is Roger Stone’s pardon? His pardon from the president? Let’s hope it comes very soon.” – Tucker Carlson, on last night’s show. Stone has been charged with obstruction, witness tampering and making false statements to Congress. While felonies, none of the charges carry a life sentence.