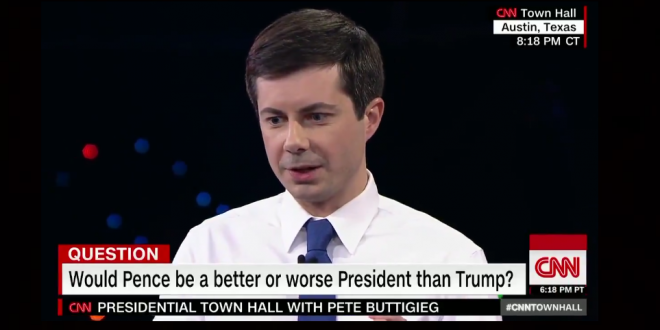 Buttigieg said that while he’s always disagreed “ferociously” with Pence on the key issues, he also thought the vice president always believed in “our institutions” and wasn’t “personally corrupt.” Buttigieg wondered when it changed, and how “the cheerleader of the porn-star presidency” could possibly get on the same page as the current administration.

“Is it that he stopped believing in scripture when he started believing in Donald Trump? I don’t know,” he said, adding that Pence’s “interpretation of scripture is pretty different than mine to begin with.”

Buttigieg, a Harvard alumnus, Rhodes scholar and son of Notre Dame professors, said his understanding of the Bible is about “protecting the stranger and the prisoner and the poor person.” The evangelical favorite Pence, he said, doesn’t see it that way.