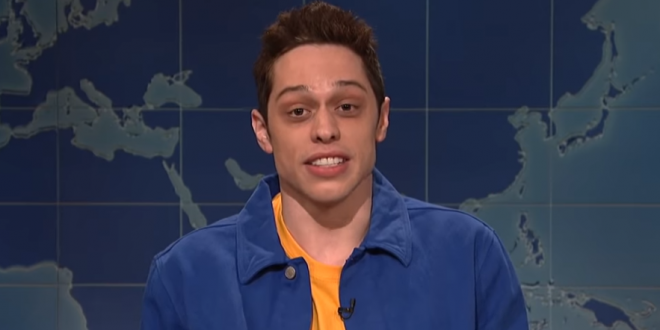 The Diocese of Brooklyn is demanding an immediate public apology from “Saturday Night Live” and NBC after Saturday night’s disgraceful and offensive skit in which cast member Pete Davidson, during the Weekend Update segment, said: “If you support the Catholic Church, isn’t that the same thing as being an R. Kelly fan?” The statement clearly shocked the studio audience as gasps could be heard off camera.

Apparently, the only acceptable bias these days is against the Catholic Church. The faithful of our Church are disgusted by the harassment by those in news and entertainment, and this sketch offends millions. The mockery of this difficult time in the Church’s history serves no purpose.

The clergy sex abuse crisis is shameful, and no one should ever get a laugh at the expense of the victims who have suffered irreparably. The Diocese of Brooklyn strives every day to ensure that sexual abuse by clergy never happens again.

The Brooklyn Diocese on Friday published the names of more than 100 clergy “credibly accused” of sexually abusing minors. There are 108 names on the shameful registry, which include priests, bishops and deacons in Brooklyn and Queens. “We know this list will generate many emotions for victims who have suffered terribly. For their suffering, I am truly sorry,” said Brooklyn Bishop Nicholas DiMarzio in a statement.

Previous Paul LePage: Dems Get Most Of Their Money From Jews
Next Trump: The Climate Crisis Is Fake News, Fake Science