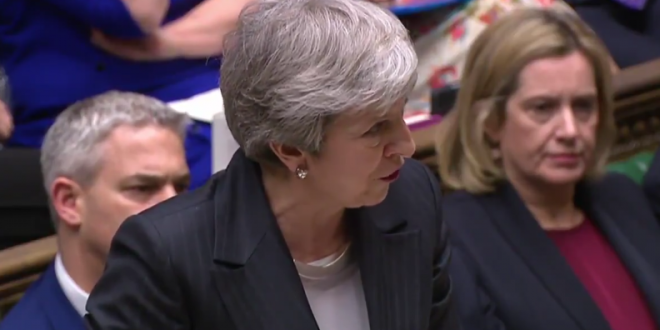 Members of Theresa May’s cabinet believe she will have to resign this week should she allow a shift towards a soft Brexit, with angry Tory MPs examining ways to end her premiership.

The prime minister’s few remaining allies were engaged on Saturday night in a desperate battle to shore up her position, warning MPs that forcing May out would “tip the country into a general election and tear the party apart”.

Downing Street is also warning hardline Tories that parliament is so against a no-deal Brexit the government would be brought down before it could implement such an outcome. However, Tory MPs were this weekend examining ways of ousting May, and cabinet ministers on both sides of the Brexit debate made clear they were ready to quit if necessary.

According to several reports in the British press Sunday, a number of names have been suggested as caretaker prime minister if May is ousted, including Michael Gove and David Lidington.

Former Brexit minister Steve Baker had a message for the Cabinet: “If they will not act now when are they ever going to be seen to step forward and how could they possibly persuade the country that they’re the great statesmen to take us forward?”

As hundreds of thousands of people marched across central London on Saturday to demand another Brexit referendum, May was the subject of what The Sunday Times said was a “coup” by senior ministers seeking to oust her.

The newspaper cited 11 unidentified senior ministers and said they had agreed that the prime minister should stand down, warning that she has become a toxic and erratic figure whose judgment has “gone haywire”.

Why the coup against @theresa_may could bring down the government (it is a doomed attempt to paper over the irreconcilable Brexit split in Tory Party) https://t.co/1cDTJMc1P3

David Lidington, who has been named as a potential caretaker replacement for the PM, says he has no wish to takeover from Theresa May

Read more about the reported coup against the PM here: https://t.co/otgCB3QAae pic.twitter.com/flk5onMFl4

Eleven cabinet ministers told the Times that they want May out, now. It's officially a coup. https://t.co/2XGNSagVlm