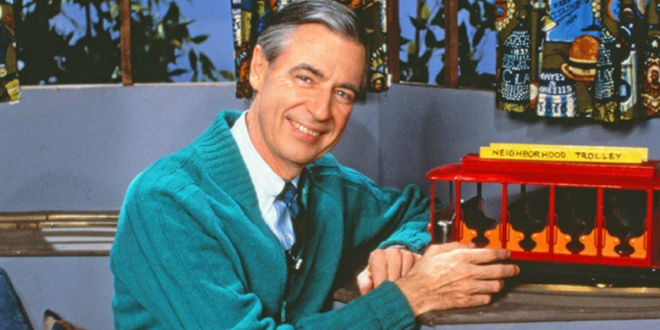 According to a biography of Mister Rogers which came out last year, the children’s TV presenter told his openly gay friend Dr William Hirsch that if sexuality was a spectrum, “well, you know, I must be smack in the middle, because I have found women attractive, and I have found men attractive.” The book, The Good Neighbor: The Life and Work of Fred Rogers, also notes that in 1975, Rogers told The New York Times: “I’m not John Wayne, so consequently, for some people I’m not the model for the man in the house.”

The story is going viral today due to the tweets below. Rogers was apparently faithfully married to his wife from 1952 until his death in 2003.

Anyway, wildest thing that’s happened to me lately is when I went to talk to my grandmother and she was like “did you know Mr. Rogers was bisexual?” and my gay ass, gay of the family, Miss Family Homosexual had to be like “he was WHAT?”

After she watched the new documentary, she read the Mr. Roger’s biography. Apparently he never used the word, but in an interview where he was asked if he was gay he said something like “I’m not gay, but I suppose if you look at attraction as a kind of line…

For everyone looking for a citation, it’s in “The Good Neighbor” by King. Screenshot from Google books. pic.twitter.com/XMQxYwPUCX