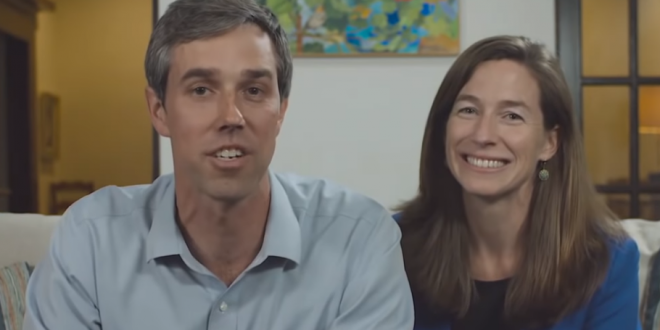 Former Texas Rep. Beto O’Rourke is running for president, hoping to build on the momentum the Democrat generated in a Senate contest last year.

In a video released in the early hours of Thursday morning, with his wife Amy by his side, O’Rourke announced, “This is a defining moment of truth for this country,” adding what appears will be the focus of his campaign, “the interconnected crisis in our economy, our democracy, and our climate have never been greater.”

The 46-year-old O’Rourke mounted a stronger-than-expected challenge to Republican Sen. Ted Cruz last November, coming within 3 points of victory in the deep red state. He raised about $80 million for his bid, most of it from small-dollar donations, and amassed a nationwide grassroots following while eschewing traditional campaign methods.

Previous CHATTER AWAY: Overnight Open Thread
Next US To Test Missiles Banned Under Treaty With Russia