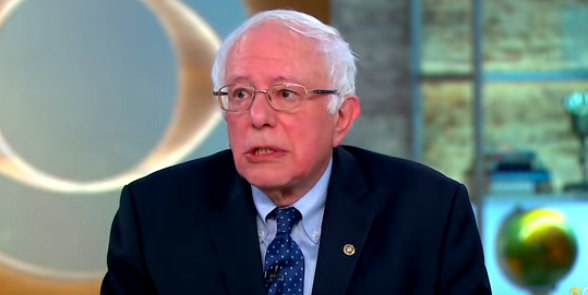 Bernie On Taking Advice From Hillary: “I Think Not”

Sen. Bernie Sanders (I-Vt.) said Friday on “The View” that he will not be asking for campaign advice from former Democratic nominee Hillary Clinton.

When asked whether he would the counsel of Clinton, who in 2016 beat him to the presidential nomination, Sanders said “I think not. Hillary and I have fundamental…differences.

Sanders added that regardless of who wins the nomination, he hopes all Democrats will come together to try to defeat President Trump in the general election.

Bernie: No, I don’t want any advice from Hillary. Thanks though. https://t.co/y97NinuZGU pic.twitter.com/Sh0eCGkj3g