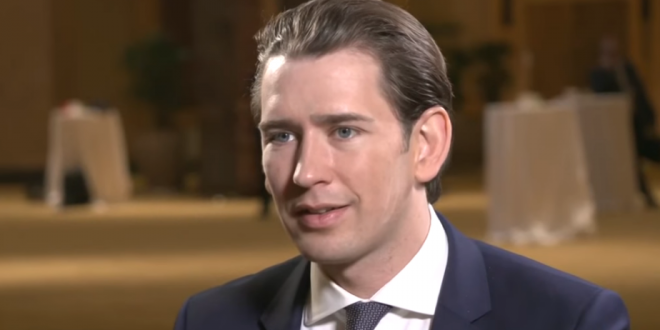 Austrian Chancellor Sebastian Kurz on Wednesday said there was a financial link between the man who killed 50 people in mass shootings at mosques in Christchurch, New Zealand, and the far-right Identitarian Movement in Austria.

Hansjoerg Bacher, spokesman for prosecutors in Graz, said Martin Sellner, head of the Identitarian Movement – which says it wants to preserve Europe’s identity – received 1,500 euros ($1,690) in early 2018 from a donor with the same name as the man charged with murder following the Christchurch attack.

“We can now confirm that there was financial support and so a link between the New Zealand attacker and the Identitarian Movement in Austria,” Kurz said.

Note that Kurz and the AP don’t name the shooter. Kurz, 33, became chancellor in 2017 and is Europe’s youngest leader. He is the chairman of Austria’s conservative People’s Party, which according to Wikipedia has described itself as “explicitly Catholic.”

Previous George Papadopoulos: I Was Treated Excellent In Prison Because It Was “Trump Country” And I Had Street Cred
Next Mayor Pete Wants To Broker “Peace” With Chick-Fil-A