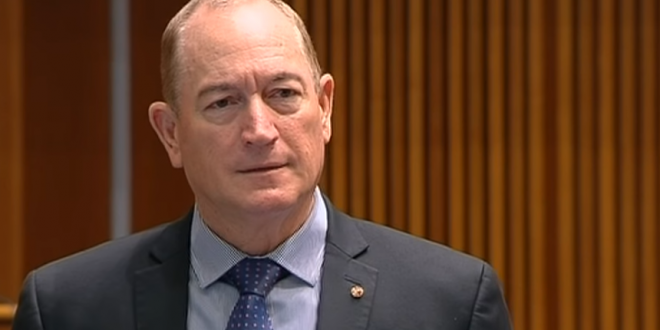 Senator Fraser Anning has faced criticism from across the political spectrum for his comments on Friday’s mosque attacks in New Zealand. As the death toll rose to 49, the Queensland senator said the “real cause of bloodshed on New Zealand streets today is the immigration program which allowed Muslim fanatics to migrate to New Zealand in the first place”.

“Whilst this kind of violent vigilantism can never be justified, what it highlights is the growing fear within our community, both in Australia and New Zealand, of the increasing Muslim presence,” he said in a statement.

Senator Anning has a history of making divisive remarks. Last year in August in his maiden speech to parliament, Mr Anning called for a ban on Muslim immigration and urged a return to the White Australia policy. He also came under fire for attending a Melbourne rally in January organised by ultra-nationalists.

The remarks by Senator Fraser Anning blaming the murderous attacks by a violent, right-wing, extremist terrorist in New Zealand on immigration are disgusting. Those views have no place in Australia, let alone the Australian Parliament.

Thank goodness for the leadership and compassion of @jacindaardern. It is a stark contrast to the hate and ignorance of Fraser Anning. A man of little intellect, or care. A man not fit to call himself Australian, let alone be in the Parliament.

Fraser Anning’s comments today are contemptible. He is a disgrace to the Senate and what is worse by spreading hatred and turning Australians against each other he is doing exactly what the terrorists want.

Are you f*cking kidding me???? This guy is an Australian senator? SHAME on you @fraser_anning.
I hope your fellow Australians respond to this disgusting statement with the same blind fury I am feeling. pic.twitter.com/W2XuX3fWkZ 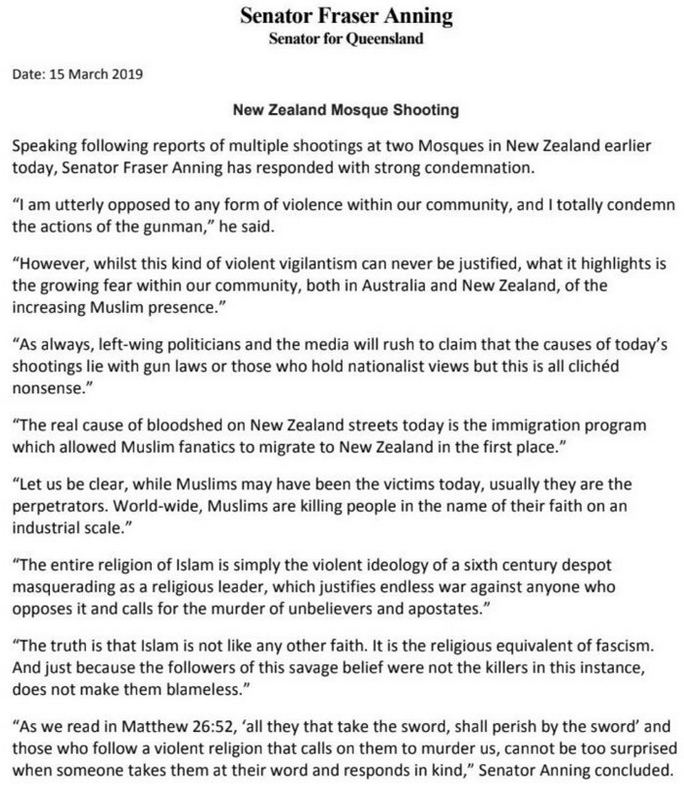