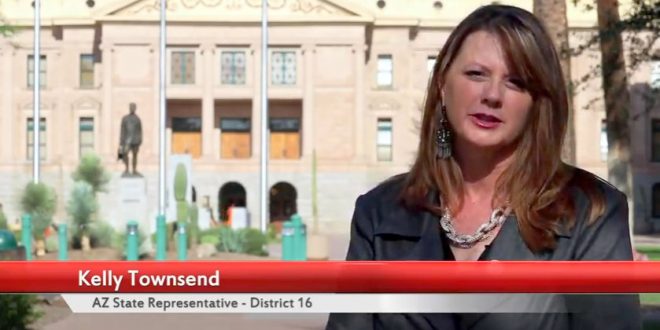 An Arizona state lawmaker said this week that state-mandated vaccines are a “communist” value. State Rep. Kelly Townsend (R), in a lengthy Facebook post on Thursday, warned that measles outbreaks are going to result in Arizonans having to “give up our liberty, the very sovereignty of our body.”

“I read yesterday that the idea is being floated that if not enough people get vaccinated, then we are going to force them to,” she wrote. “The idea that we force someone to give up their liberty for the sake of the collective is not based on American values but rather, Communist.”

Arizona Gov. Steve Doocy, who is also a Republican, has said that he will not sign any bill that expands exemptions for mandatory vaccines for public school students.

Previous LIVE VIDEO: Junior Speaks To CPAC Crowd From Liberty
Next Candace Owens At CPAC: Conservatives Must Take Over Culture Like We Did During The Renaissance [VIDEO]