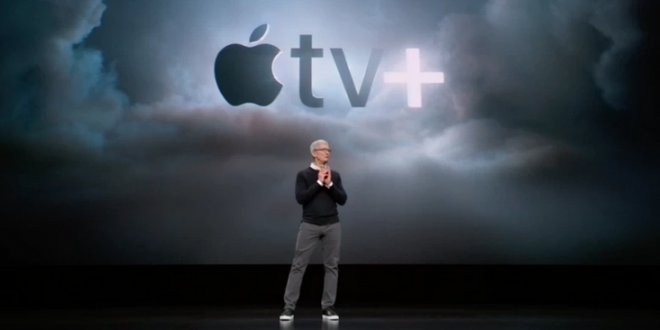 At launch, the subscription includes magazine titles like Bon Appétit, People, Vogue, National Geographic Magazine, ELLE, Glamour, and others, along with top publishers like The Wall Street Journal and Los Angeles Times, and more.

Combined, the subscriptions provided through Apple News+ would cost more than $8,000 per year, Apple noted. “When we created Apple news over three years ago, we wanted to provide the best way to read the news on your iPhone and iPad,” said Apple CEO Tim Cook, in introducing the company’s plans for Apple News+.

Apple just unveiled its new Goldman Sachs-linked credit card, the Apple Card. Users can sign up through their iPhone and get access to the card in minutes when it becomes available in the U.S. this summer, according to the tech giant’s Monday presentation.

The new card hinges on Apple Pay, the tech giant’s mobile payment and digital wallet, which has made inroads in merchant acceptance since its inception in 2014.

For situations where Apple Pay isn’t accepted, the tech firm created a sleek-looking, minimalist titanium card. It has just your name, etched with lasers, without card numbers and other sensitive information.

Tim Cook said Apple had reached 1.4 billion active iOS devices; those screens (and the TV app that comes preinstalled on them) will be critical to the service’s success.

Apple’s streaming video service is actually all about the media friends its made so far. With Apple TV Channels, it’s created a way for you to pick and choose your favorite networks and watch everything within the TV app.

It includes traditional channels like CBS and Comedy Central, premium networks like HBO and Showtime, as well as online streaming services like Brit Box and Acorn TV. On top of giving you a single spot to watch all of this content, you’ll also be able to download shows and movies to your devices to watch online.

Apple is pitching it as an alternative to services like Sling TV and PlayStation Vue, which offer cable TV channels in bundles. By offering an a la carte alternative, it could save some viewers money. Of course, the participating networks also have their own Apple TV apps, but jumping between isn’t exactly seamless, something that Channels would also solve.

Introducing Apple TV+.
A new streaming service with original stories from the most creative minds in TV and film. #AppleEvent pic.twitter.com/xLhtdNNaa2

Previous US Formally Recognizes Golan Heights As Part Of Israel
Next Stormy “Saddened, Not Shocked” By Avenatti’s Arrest