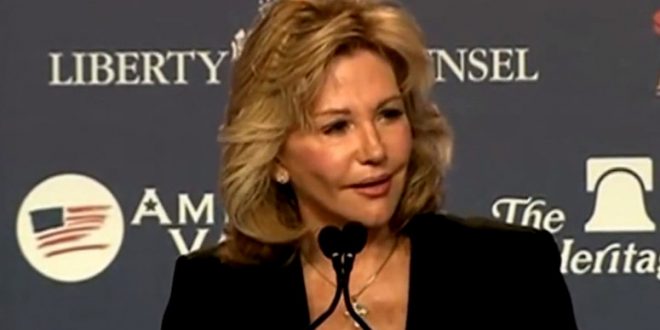 “Even if what you said is true, that Christianity has been guilty of a lot more violence and death over the centuries than Islam, even if — let’s say that’s true. Let me just tell you that perpetrating violence and death is not Christian. Perpetrating violence and death is totally Islamic. It’s Islamic teaching to kill or convert. It includes beheadings. It’s all laid out in the Quran. Surely you must know that. Nations, tribes and people who kill in the name of Jesus are not, as David Horowitz — our guest a few days ago — would say, ‘religious Christians.’ They’re not religious Christians. They don’t adhere to the Christian faith. They don’t kill in the name of Jesus.” – American Family Association radio host Sandy Rios, responding to a caller.

RELATED: Last week Rios’ fellow AFA radio host Bryan Fischer declared that the New Zealand terrorist “took things into his own hands” because the government would not.