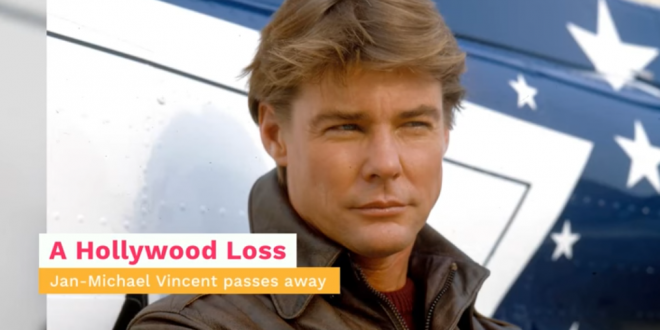 Jan-Michael Vincent, best known for playing the lead role in the 1980s CBS series “Airwolf,” died on Feb. 10 after suffering cardiac arrest, according to a death certificate obtained by several outlets. His death, first reported by TMZ, has only now come to light. He was 73.

His image as a baby-faced blonde heartthrob was at odds with his history of violence and substance abuse. The troubled 1970s TV star had a long string of arrests and charges relating to domestic violence, drug possession, and alcohol abuse.

Vincent’s acting career began in 1967, when he was spotted by a talent scout just after finishing a stint in the California Army National Guard. His first film was the Robert Conrad movie “The Bandits.”

Vincent appeared in dozens of television shows and movies over the course of his acting career, which began in 1967 when he appeared in a television pilot for “The Hardy Boys: The Mystery of the Chinese Junk,” according to IMDB.