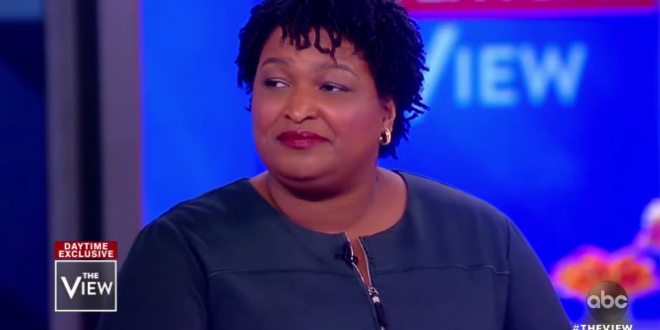 Abrams On VP Rumors: You Don’t Run For Second Place

“The idea is [for Joe Biden] to take you as a vice president to bolster his numbers in the primary,” The View co-host Joy Behar told Abrams on Wednesday. “What do you think of that?”

JUST IN: Asked about rumors Joe Biden might consider selecting her as his 2020 running mate, Stacey Abrams tells @TheView, “I think you don’t run for second place.”