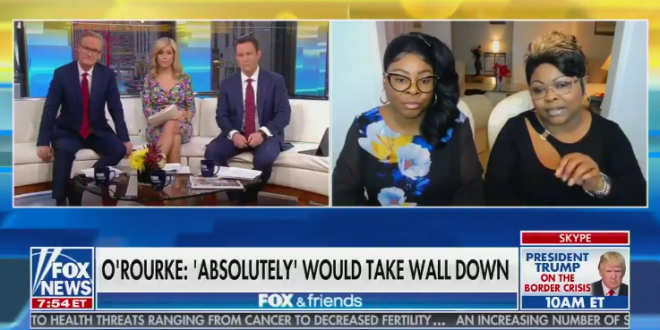 Zircon & Burlap: Beto Talks About Tearing Down Walls Yet He Lives In A House Supported By Walls [VIDEO]

Here’s what has Zircon & Burlap so very upset:

Beto O’Rourke said he would take down existing walls and fencing at the U.S.-Mexico border if he could. O’Rourke, a former congressman for El Paso who ran a high-profile challenge against GOP Sen. Ted Cruz of Texas, said in an interview with MSNBC’s Chris Hayes on Thursday, “Absolutely, I’d take the wall down.”

His comment came in response to a question posed on Twitter by Rep. Dan Crenshaw, R-Texas. “If you could snap your fingers and make El Paso’s border wall disappear, would you?” Crenshaw said in his post that fencing and other border barriers have caused illegal crossings to drop significantly.

But O’Rourke told Hayes the barriers don’t bring Americans greater security. “Here’s what we know: after the Secure Fence Act, we have built 600 miles of wall and fencing on a 2,000 mile border,” O’Rourke said. “What that has done is not in any demonstrable way made us safer.”

Diamond & Silk: Beto O’Rourke “talks about tearing down walls, yet he live in a house supported by walls.” pic.twitter.com/yNJaLBRYLz

Will Beto tear down his house, because the inside of his house has Walls and those Walls are surrounded by Barriers such as Bricks, Stone, Concrete or Vinyl Siding? Oh and let’s not forget the Front and Back door……https://t.co/1l7tu5ByOU