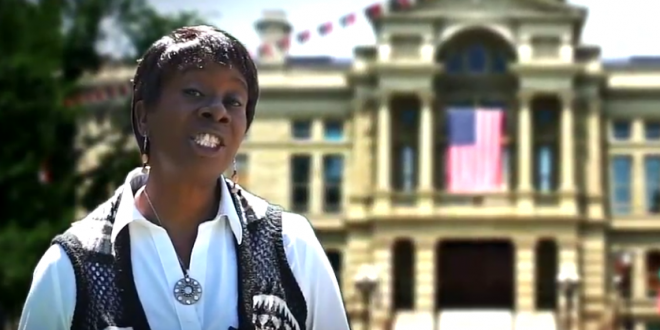 The Wyoming Senate defeated a bill Thursday that would have repealed the state’s death penalty, ending the most successful legislative attempt to do away with capital punishment in recent memory. Having passed the House by a safe margin, the bill was swiftly voted down by the Wyoming Senate on its first reading. The final vote was 12-18.

Sen. Lynn Hutchings, R-Cheyenne, argued that without the death penalty, Jesus Christ would not have been able to die to absolve the sins of mankind, and therefore capital punishment should be maintained.

“The greatest man who ever lived died via the death penalty for you and me,” she said. “I’m grateful to him for our future hope because of this. Governments were instituted to execute justice. If it wasn’t for Jesus dying via the death penalty, we would all have no hope.”

Last week Hutchings made her first appearance on JMG after comparing homosexuality to pedophilia and bestiality during a meeting with LGBT students.