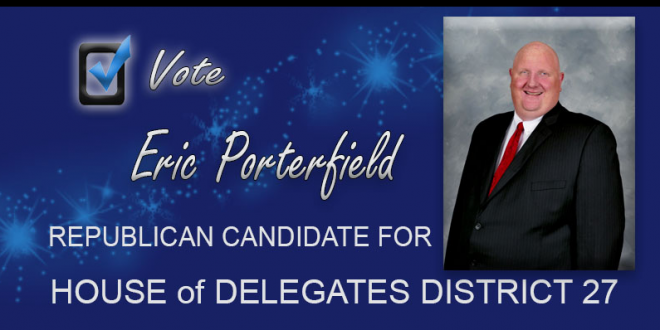 A second round of bigoted comments from a Republican delegate has drawn frustration from legislators and no sign of resolve.

Delegate Eric Porterfield, R-Mercer, made the comments after calling a reporter to discuss a report in Friday’s Gazette-Mail. That report detailed a flurry of criticism House Democrats aimed at Porterfield on Thursday in response to an inflammatory anti-gay and lesbian rant he delivered in committee Wednesday.

“The LGBTQ is a modern day version of the Ku Klux Klan, without wearing hoods with their antics of hate,” Porterfield said in an interview Friday morning. He also called the gay community a “terrorist group” and said he is being “persecuted” by the gay community in retaliation for his remarks, including receiving threats on Facebook and voicemails.

Citing Milo Yiannopoulos, a gay alt-right activist accused of being a white nationalist, Porterfield cited the name of Yiannopoulos’ 2015 campus speaking tour which uses a name that many in the LGBTQ community find offensive.

“This is the name of his tour, this is not what I named his tour, but he was on what he referred to as the ‘Dangerous Faggot Tour,” Porterfield said. “We cannot allow discriminatory bigots to determine how our citizens are going to live.”

Twice during the committee meeting points of order were raised regarding Porterfield’s remarks. House Government Organization Committee Chairman Gary Howell, R-Mineral, ordered Porterfield to be mindful of his words.

Porterfield’s original rant came in support of a GOP bill that would override any local LGBT rights ordinance. That bill failed in committee. Porterfield is a Baptist preacher and runs an outfit called Blind Faith Ministries, so-named because he is severely vision-impaired. (Tipped by JMG reader Michael)