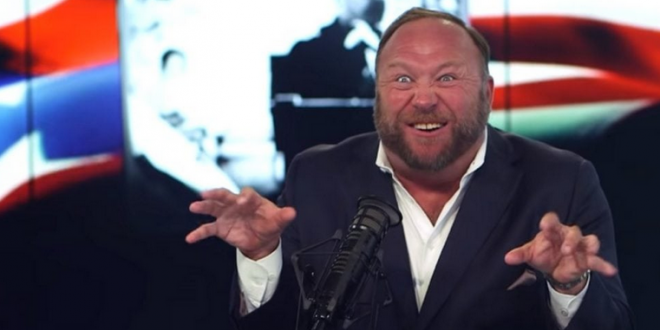 Roger Stone and Jerome Corsi are already at each others’ throats and today Alex Jones melted down because Stone gave an “exclusive” to the homocon fake news site Gateway Pundit. An excerpt from his rant via Media Matters:

“I like Roger as a friend, but he doles out exclusives – some to Fox News, some to Daily Caller – and he works here. I pay his salary. So I guess Roger Stone’s going to go to the woodshed here pretty soon. In the United States District Court for the District of Columbia, filed today, is Roger Stone’s motion requesting a show cause order. So it’s on Gateway Pundit, that’s good. Gateway Pundit can hire Roger. In fact, Roger Stone now works for the Gateway Pundit, which is good.

“People call us to find out what Roger’s up to and I just — I can’t tell you. I don’t know. So Roger Stone now works for the Gateway Pundit, ladies and gentlemen, as of about ten seconds ago. I’m like, ‘Roger, get a job with the Gateway Pundit.’ Because — here, let me check my other phone. I don’t want to go off half-cocked. Maybe he called this other phone and gave me the exclusive. Nope, doesn’t look like it.”