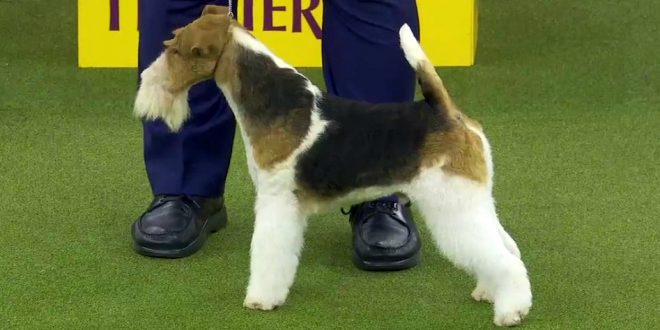 When King, a wire fox terrier, won best in show honors at the 143rd Westminster Kennel Club Dog Show on Tuesday night, it was not a crowd-pleasing announcement. Boos and grumbles filled Madison Square Garden when the judge handed King the coveted pewter cup.

The victory for King, the No. 1-ranked terrier last year, was a victory for convention. Of the 112 best in show titles awarded at Westminster, wire fox terriers have now won 15 times, more any other breed. Next closest are Scottish terriers, with eight wins.

As a group, terriers have a record at Westminster that even the most storied sports dynasties would covet. The terrier group has been awarded best in show 47 times, making them the New England Patriots of the dog show world.

Although King’s performance was undeniably superb, viewers were outraged, instead calling for Best in Show to be awarded to the exquisite longhaired dachshund named Burns.

Burns, esteemed winner of the hound group, is truly a magnificent, fringed champion. Just watch him run. Look at him! Are you not entertained? Folks flocked to Twitter after the results were announced, with torches, pitchforks and keyboard voices raised for Burns.

Watching dogs like dachshund Burns prance proudly around the Westminster ring like the beloved, adorable 🐕 champions they are is truly one of life’s greatest joys. LOOK AT THE HAPPY, PRIDEFUL EXPRESSION ON HIS PERFECT FACE! 😍🙏#WestminsterDogShow pic.twitter.com/QPF30aDw34

The 143rd #WKCDogShow Best in Show is King the Wire Fox Terrier! pic.twitter.com/uW87mrI6VV

King is the 15th Wire Fox Terrier to win the #WKCDogShow #BestInShow! The winningest breed at Westminster. pic.twitter.com/ZJXFWzvOD5