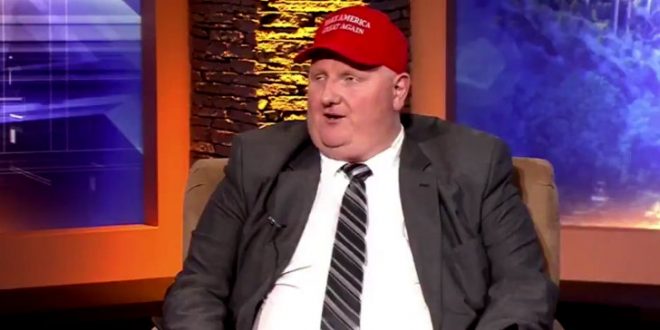 West Virginia GOP State Rep: If My Son Or Daughter Say They Are Gay, I’ll See If They Can Swim [VIDEO]

The West Virginia Republican Party has issued a statement denouncing Delegate Eric Porterfield’s comments about the LGBTQ Community. In the statement, WV GOP Chairwoman Melody Potter said, “As West Virginians, we are taught to respect one another, love our neighbors, and when we disagree to seek understanding of our fellow Mountaineers.

“In recent days, Delegate Eric Porterfield has made comments that are hateful, hurtful, and do not reflect the values of our country, our state, and the Republican Party. These comments are unacceptable and we denounce them. They have no place in America.

“We may disagree on policy, politics, and the direction of our state, but we can disagree civilly and respectfully because intolerant and hateful views hold us back, divide us, and hurt our state.”

Last week Porterfield called LGBTs a “modern day terrorist KKK” when speaking in support of a bill that would ban local LGBT rights ordinances statewide. That bill failed to advance out of committee. But wait, there’s more:

Porterfield was asked by a WVVA reporter “what would happen” if his son or daughter came to him years from now and said they might be gay or lesbian. “Well, I would dress my daughter first, as I would take her for a pedicure, I’d take her to get her nails done, and see if she could swim,” Porterfield said as he smiled.

“If it was my son, I would probably take him hunting, I would take him fishing, then I’d see if he could swim,” Porterfield, wearing a MAGA hat, replied without hesitation. He continued to grin as the reporter, somewhat shocked, paused, then asked him to clarify. “I just want to make sure they could swim,” he repeated when questioned, continuing to grin.

Porterfield is a Baptist pastor.

What would Del. Porterfield do if his son thinks he’s gay or if his daughter thinks she’s a lesbian? He would “see if they can swim.” It’s disturbing how quickly the WVVA reporter moves on. pic.twitter.com/ESb3EswfZz