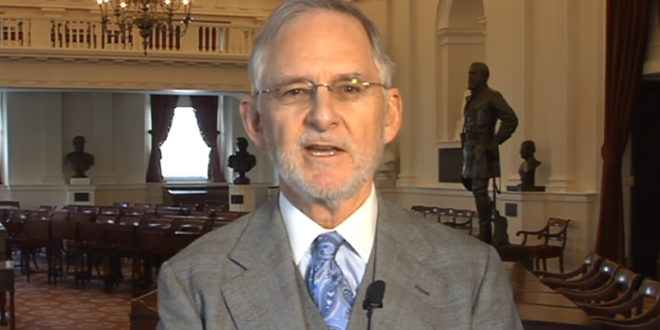 A Virginia Military Institute yearbook overseen by future state Senate Majority Leader Tommy Norment in 1968 features a host of racist photos and slurs, including blackface. Norment, R-James City County, was managing editor of The Bomb publication that year. He went to VMI in Lexington after graduating from James Blair High School in Williamsburg and has been a state senator since 1992.

On one page of the yearbook, a student poses in blackface, surrounded by others in costumes at a party. Another page features a photo of two men in blackface holding a football. The N-word is used at least once. A student listed as being from Bangkok, Thailand, is referred to as a “Chink” and “Jap.” A blurb under one man’s picture says: “He was known as the ‘Barracks Jew’ having his fingers in the finances of the entire Corps.”