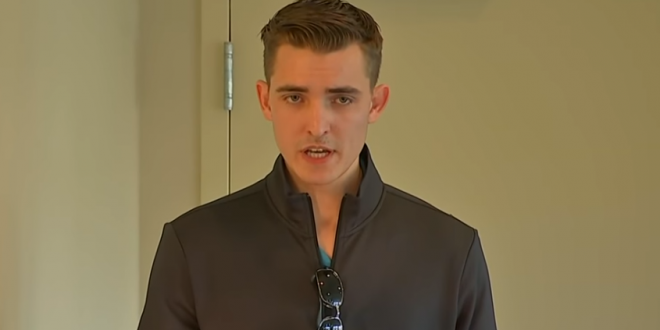 Twitter announced that it is permanently suspending Jacob Wohl, a 21-year-old Internet hoaxer and supporter of President Donald Trump, following the publication of a USA TODAY article in which he boasted of using the social media platform to spread lies and disinformation.

In the article published Tuesday morning, Wohl disclosed what he claimed were his plans to create “enormous left-wing properties” including Facebook and Twitter accounts before the 2020 presidential election in order “to steer the left-wing votes in the primaries to what we feel are weaker candidates compared with Trump.”

In announcing the suspension Tuesday afternoon, Twitter said in a statement: “The account was suspended for multiple violations of the Twitter Rules, specifically creating and operating fake accounts.”

Apparently Wohl, who has a history of creating fake accounts on other social platforms, did so on Twitter. Those fake accounts were easily linked/traceable to his main account.

if you go to Jacob Wohl’s page now, you get his mom’s voicemail

Jacob Wohl bragged to USA Today that he was going to put together sock puppet accounts to manipulate the conversation and was promptly banned from Twitter. pic.twitter.com/tPciiVvLrS

Jacob Wohl's account being suspended now makes proactive sense because you are not generally allowed to use one in a federal prison.