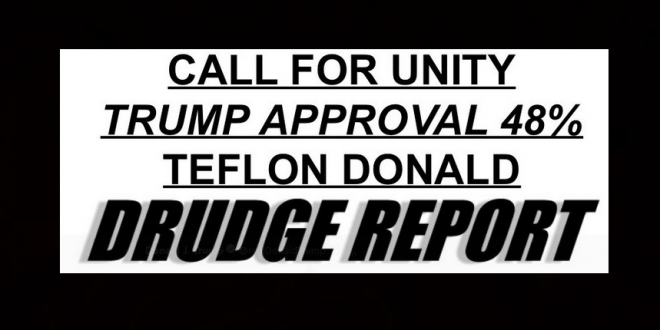 Glorious Leader just tweeted out a screencap of fawning Drudge Report headlines, including one that refers to him as “Teflon Donald.”

That one, of course, is a take on the media nickname bestowed upon notorious mafia kingpin John Gotti, who had managed to escape imprisonment despite multiple trials.

That is, until 1992, when Gotti was finally convicted. He died in prison in 2002, having spent most of his sentence in solitary confinement. Ahem.

Previous Alex Jones Is “Ready For War” After Facebook Purges Another 22 Pages That Were Posting Infowars Content
Next Far-Right Activist Laura Loomer Melts Down After Being Banned By PayPal: “They Want Me Homeless And Dead”