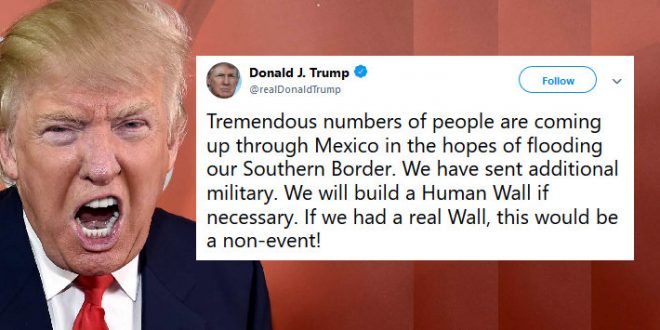 Hours before he is set to deliver a State of the Union address that aides have said will strike a note of bipartisanship, President Donald Trump floated the idea of a “human wall” on the southwest border if Democrats reject his demands border security funding.

Trump has ordered about 2,350 active-duty troops and an additional 2,200 National Guardsmen to the border. Earlier this month, the Pentagon announced it would send a fresh deployment of troops at the request of the Department of Homeland Security. Those deployments will extend through September.

Tremendous numbers of people are coming up through Mexico in the hopes of flooding our Southern Border. We have sent additional military. We will build a Human Wall if necessary. If we had a real Wall, this would be a non-event!